by Stephanie Siegel / Monday, 28 November 2016 / Published in Be Memorable, Uncategorized 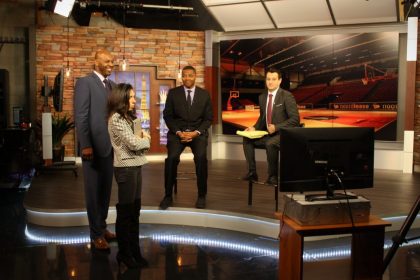 Here’s what we don’t know as aspiring broadcasters, being coachable matters. It’s the greatest lesson I’ve learned from working with a variety of ex-athletes hoping to turn to broadcasting. Those of us who didn’t have the skill set to play in the big games or are merely heading into a world of journalism without the experience of being part of the world they are covering need to learn to listen.

My path to the local and national airwaves was pretty typical of a non-millenial. I went to college, focussed on broadcast journalism. I parlayed multiple internships into opportunity then caught a few breaks along the way. I watched the people I enjoyed and emulated aspects of their craft. I talked to everyone I could about the career path and life choices you need to make. And I got reps and got better. It was important to grow. But no one told me what to do, because I didn’t bother asking. And that is something I want to rectify.

Now those of you who have gone to journalism school have a basis of the requisite skill set needed. I maintain that college doesn’t adequately prepare you for all of the circumstances you can encounter but still, the fundamentals of the craft are discussed. When athletes try to make the career turn to broadcasting, they are only going on what they know, which is how they experienced the media on the other end of the interview.

But athletes have an interesting aspect about them that I have found to be consistent in teaching them our craft. They are coachable because they are accustomed to being coached. Sure they have egos, but no bigger then the ones of the best broadcasters in the country. The biggest difference I have found in career broadcasters and career athletes is the openness of the athlete to learning. Coaching matters and they believe in it. I’m a believer now too.

I often find myself telling ex athletes that this is akin to me suggesting that I could play basketball just because I’ve watched so much of it in my life. That is an oversimplification of what they do and how high a level they do it. The same goes for dissecting basketball on TV, the nuance by which someone needs to express themselves and how they should go about expressing themselves cannot be learned by simply watching a lot of TV.

Players seem to understand that quickly. They want direction. They want the fundamentals drilled.

I implore all young aspiring broadcasters to consider this thought process as they enter the world of content creation. Don’t be afraid to learn. Those guys you watch make amazing plays day after day have an insatiable appetite for coaching.

If you have questions, email me at Bram@reelmediagroup.tv.

Coach Jim Cleamons and Bram on the desk 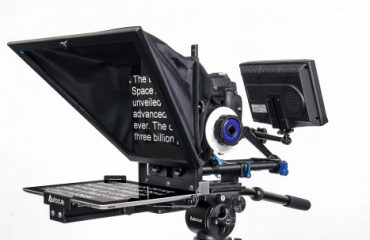 The Teleprompter. Your Best Friend and Worst Enemy 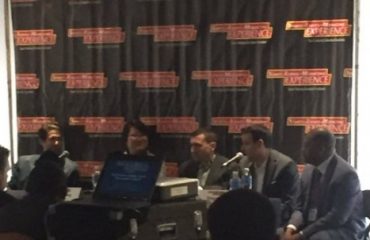 Everything Has Changed – That’s Not a Bad Thing …