by Stephanie Siegel / Monday, 04 April 2016 / Published in Be Memorable, Uncategorized 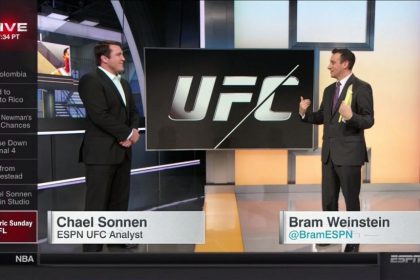 “Up next, one Spur did something no other Spur has ever done.”

“Up next, Franchise records are falling from the most likely team to beat the Warriors.”

There is an enormous difference in those two sentences.  At the time the San Antonio Spurs appear to be the lone team in the western conference of the NBA who has a chance to stop the Golden State Warriors from returning to the Finals for a second straight year en route to potenially the best single season record in league history. They should be the story. But as of now, they are not.

Those two sentences are examples of a tease for a fictional game for a Spurs player who broke a single game scoring record.

Which one is most effective? Number 2.

The Spurs winning does not trump the potential of the Warriors losing. Golden State has a mega star in Stephen Curry. Discussion of them breaking a team record held by Michael Jordan’s Bulls has been ongoing for months. They are widely popular and not polarizing and thus the reality is they demand more attention.

Those two sentences are each meant to get a viewer to sit through a commercial break (something they most certainly do not have to do these days with the options presented) and stay to wait and see what happened.

Which of those two sentences is more likely to get a viewer to do that? Number 2.

The casual fan who does not follow San Antonio religiously will almost certainly not care about individual records in that franchise’s history, but even the most casual of casual fans know exactly who the Warriors are and may not know that there is a team who has a legitimate shot at defeating them. This viewer needs to get to know who that team is and what they are about. Thus, mentioning the Warriors even when the Warriors aren’t even part of the story makes sense.

YOU ARE A SALESPERSON —

Get used to it. Teasing what is coming next may be the most overlooked yet intrinsically important job you have. The Super Bowl is the most watched television broadcast in America yet the Super Bowl is used to inundate you with teases whether it be commercial or to sell you their other content products. The teasing begins with the National Anthem which in turns intrinsically makes you wait to see who will perform it even though you know before every sporting event large or small, the anthem is sung. The Coin toss is teased although the same principle exists. The Halftime show is the marquee event for the viewers with little care for the outcome of the game. Constant reminders of the major star who is about to perform live will be omnipresent. After the second half kicks off, regardless of the score, you will be (what they hope feels seamlessly) reminded that there is a trophy presentation, an interview with the losing coach, a celebration in the winning locker room and a post game show with all the reaction. The Super Bowl is a giant tease for what’s coming next because getting you to stick around to see what’s next is the business model of the Super Bowl. Advertisers who risk putting those expensive debut advertisements on in the second half are betting you have stuck around even if the game hasn’t turned out to be competitive. The network airing the game uses the platform to promote the show they want you to try after the Super Bowl airs. You’ll notice that in recent years, a hit series is not often what follows the Super Bowl. Why not take a sure thing with the massive audience that is used as a lead in? The power of the tease. This is a chance to get a portion of that audience to sample something else from the network menu and if that episode strikes a chord and effects ratings for the weeks to come, subsequent shows are then teased during that series. This is the building blocks of a change in viewer habits.

That’s the Super Bowl. What about the run of the mill every day broadcast locally or nationally where surprises and mass audience are not expected or anticipated? This is where teases become critical. It’s a million times easier to lose a percentage of viewers during a commercial break for an episode of Sportscenter then it is for the Super Bowl which means it’s a millions times easier still to lose a percentage of viewers for a local broadcast that doesn’t have the cache of the name brand. If you can’t sell the viewer to wait, you can’t be effective.

Large networks like ESPN have an entire department devoted to writing what we call teases and bumps. For Sportscenter, the tease is the element at the beginning of most hours of the show where you hear the familiar duh-duh-duh, duh-duh-duh stinger. It also includes, video of the 3 or 4 big stories you’ll see that hour with a voice over of approximately 5-10 seconds worth of copy for each topic. There may be a snippet of a sound byte from a subject who was interviewed specifically for the show. The object of the tease is to tell the viewer that they are about to be entertained for an entire hour. The conditioning begins to entice a viewer that missing any part of what you are about to see would be a mistake. This process has grown more difficult as technology and options expand.

Viewing habits have changed, specifically with sports television, where once Sportscenter aired only at 6PM, 11PM and throughout the overnight, the network has chosen to air it 24 hours a day. The emergence of options for ESPN to contend with led them in this direction. Would other networks choose to combat ESPN by running a viable alternative to Sportscenter at different hours of the day? ESPN figured correctly that other networks could not produce a better version of this news/entertainment/debate styled show (at the time of this writing, the ratings bear out that Sportscenter has no true competitor in this marketplace). But conversely, Sportscenter is saturated and because of that, the familiar anchor pairings are not as prevalent. But the show remains produced at the highest quality and the anchors used on it rarely are not up to the ESPN standard even if they are not known personally by viewers as before. The bet for the network is the brand is so strong, some of the parts that were parts of the success model have been marginalized. The anchor in this scenario has no choice but to be not only an entertainer within the content portion of the program, but display a skill of forcing people to stay through commercial breaks.

This does however beg the question of the necessity of the tease. If viewers are not appointment tuning to Sportscenter and are more likely to dip in and out of various hours of the show, why produce a tease at all? The most likely answer is because it’s become a familiar element that viewers come to expect. Why mess with this powerful viewing habit? This does however exacerbate the necessity to make the end of segment bumps better. If the theory is the viewer will watch Sportscenter but not necessarily watch it the way they used to, then you must formulate a way to keep viewers as long as possible. Commercial breaks are the enemy of the producer and talent. You must overcome them.

Considering time spent viewing can rank as important to the business model of a network as aggregate rating, teases are the difference between being a solid performer and an elite broadcaster who will be in demand. If viewers or listeners stay tuned longer to you, you have a market by which to sell your abilities. Just being part of broadcasts does not enable one to sell a position that they should warrant another network paying them large sums of money to change jobs. Learning to tease upcoming stories well may be the most underrated part of our profession. You must want to do this effectively.

Later this week we will put your tease writing to the test.  I will break down what creates a great tease or bump …

I liked to be teased. Contact me: Bram@reelmediagroup.tv.  I will look at your teases, engage in general discussion or talk about speaking engagements. 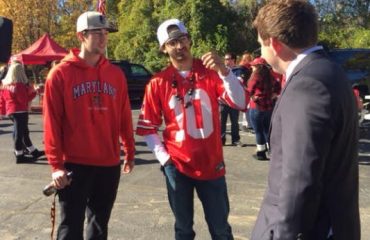 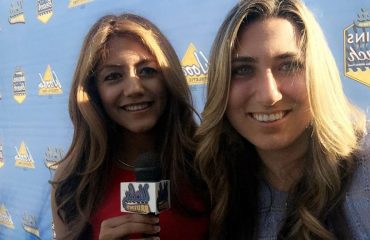